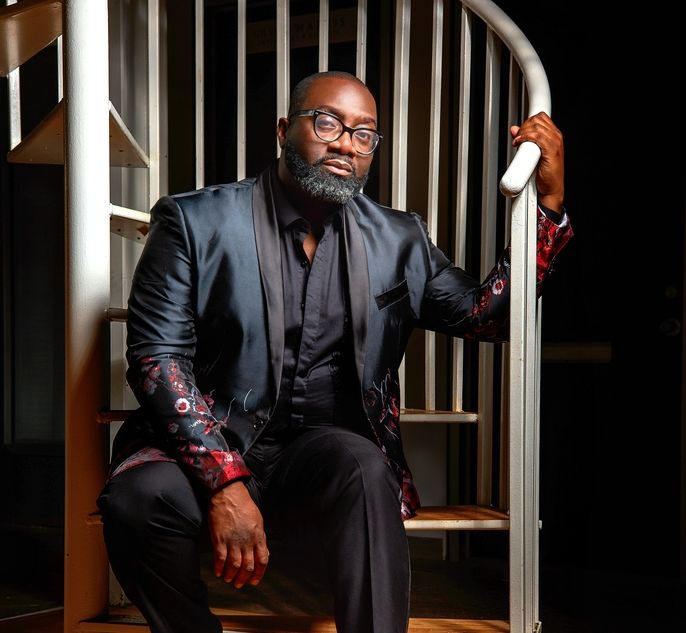 It’s rare for the world to experience artistry that is so genuine, so heartfelt…so captivating. Welcome to the world of singer/songwriter, CLEVELAND P. JONES…

He is the true embodiment of soul and jazz. When asked about his future in the music industry, he stated “my mission is longevity, not instant fame. I’ve learned by example and experience not to rush a good thing.” This native of a little town named “North” in South Carolina, started his artistic voyage at an early age under the tutelage of his mother and grandfather who were the lead singers in church. “My mother truly molded me as a singer by watching her sing in the choir and the songs she’s played while we cleaned up at home.”

A graduate of two prestigious institutions, Morehouse College in Atlanta, Georgia, and Berklee College of Music in Boston, Massachusetts, Cleveland studied music and theater. From touring with the Morehouse College Glee to playing roles on the stages of Berklee and Spelman College, Cleveland brings a plethora of artistic expressions to the table. While studying at Morehouse, he instantly fell in love with soul and jazz music. “I remember the first time I heard the voice of Little Jimmy Scott…I was sold”, he reflects. “It was a voice like mine, and I no longer felt so awkward because of my vocal timbre and vocal expression.” During his matriculation at Morehouse, Cleveland discovered many jazz and soul greats like Sarah Vaughn, Ella Fitzgerald, Ray Charles, Donny Hathaway, and Aretha Franklin who deeply influenced his sound and approach to the art of vocal phrasing.

In 2013, Cleveland released his debut album, “Ace of Hearts” and won the SoulTracks.com’s New Artist of The Year award. He also had the honor of opening for soul legend Chaka Khan and was the special guest of The Shadowboxers. His original song, “Don’t Leave Me” from his debut album was a major feature in the 2016 Netflix release, “ECHO PARK”. In 2017-2018, Cleveland was privileged to tour many cities through out Eastern Europe as a solo artist. Currently, Cleveland is expanding his brand by writing and recording soul, jazz and house music and continues performing nationally and locally. Simply put, Cleveland is committed to deliver unadulterated, timeless music. He is well on his way to higher places, but will always be grounded in his quest to heal souls one song at a time.

By some measures, Kevin Bales was a latecomer to jazz, already 17 when he encountered the sounds and structures and became captivated by the freedom and corresponding challenges of the music. But if late to the party, he wasted no time in immersing himself in the celebration, declaring total commitment to what would be his life’s work and backing his announcement by resigning his job and designated career in computer programming.

Kevin could commit to jazz with a reasonable degree of expectation. He was already an accomplished pianist, with classical chops refined since the age of 10. So accomplished he was invited to audition for the Atlanta Symphony Orchestra, then under the direction of its most storied conductor Robert Shaw, at age 16.

Kevin’s initial career move was to the University of North Florida and a budding if little-known jazz program. There he met and performed with, and went on to record and tour with, a number of monumental artists who had settled into that burgeoning North Florida jazz scene. Giants like Wynton Marsalis, Louie Bellson, Eddie Daniels, James Moody, Ben Tucker, Ira Sullivan, Sam Rivers, and Nat Adderley. He counts among his mentors bassist Ben Tucker, multi-instrumentalist Ira Sullivan, guitar legends Nathen Page and Jack Petersen, and the fiercely individual saxophonist Bunky Green. His meeting with Bunky Green led to five years of tours. His encounter with guitarist Nathen Page blossomed into 15 years of spot tours and four albums. And his work with trumpeter extraordinaire Marcus Printup has become a lifetime association that has included recordings on Blue Note/Capital records.