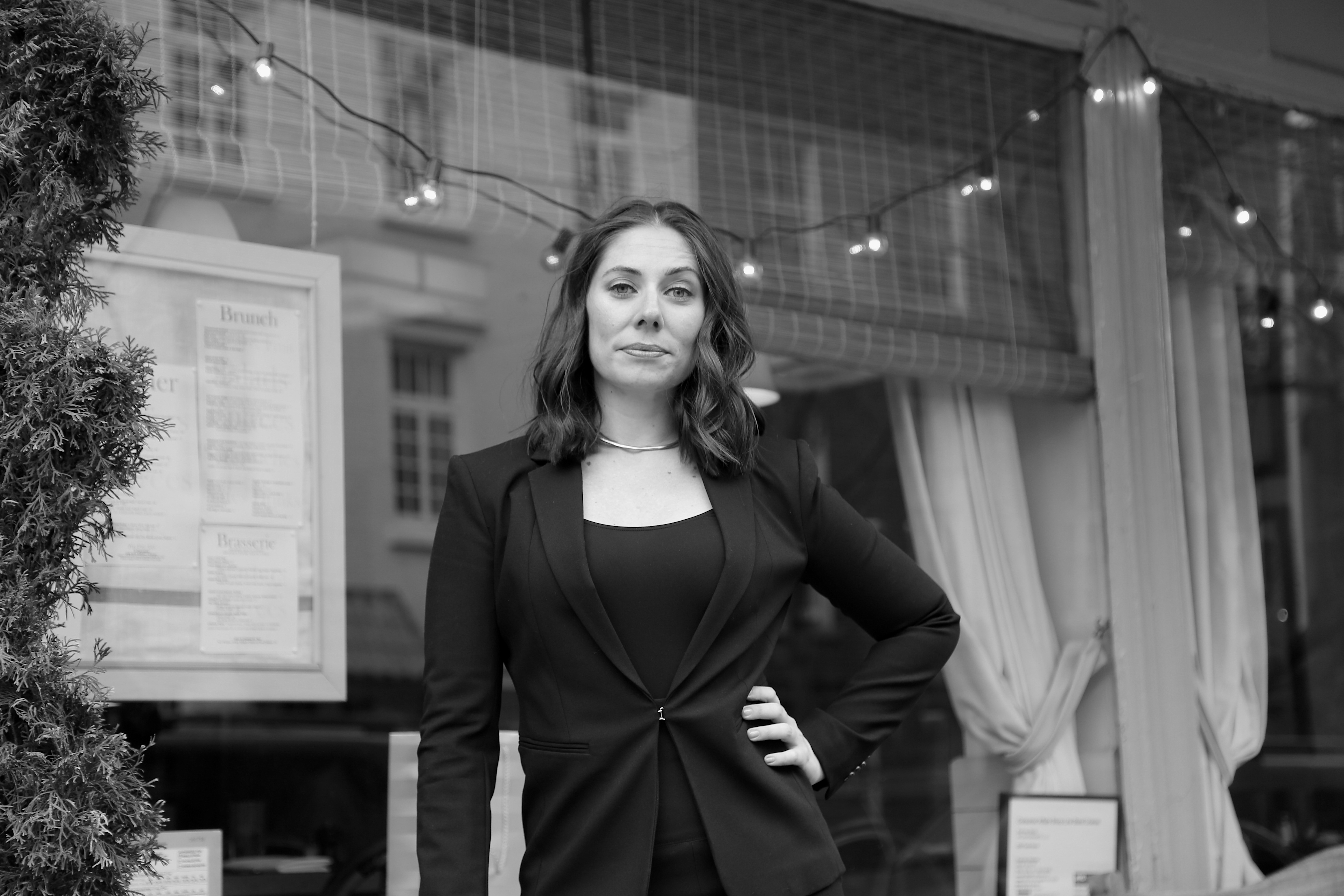 And she’ll be gathering more as she takes on the role of single mom Haley Walker who is about to plunge back into the quagmire of dating in Lean Ensemble Theater’s production of Bad Dates. This comic one-woman tour-de-force by playwright Theresa Rebeck centers on Haley’s misadventures as she mines her closet for tastefully sexy outfits enhanced by killer heels and plods through dates with strange men with “interesting” world views on bugs, colons, and ex-girlfriends. Meanwhile Haley’s career takes a dogleg into a legal morass when the restaurant she manages, which is owned by Romanian mobsters, turns out to be cooking the books along with the dinner menu.

Bowers, a New York actress who is also a member of the Lean Ensemble here, shares a few thoughts below on her own career and Bad Dates.

Along with acting, you have a sketch and improv comedy background. Who are your comedy influences?

I’m a fan of a lot of people but when I was very young Carol Burnett was a big influence. And I loved the comedy sketches of In Living Color—a show that probably wouldn’t hold up very well nowadays though. Today I’m a big fan of Tina Fey, Amy Poehler, Kristen Wiig, and Melissa McCarthy.

Ever have a bad date?

[She laughs.]  I’ve lived in NY for fourteen years so I’ve definitely had a few. One of them being my first and only truly blind date that I will win a contest at a party every time I tell this story—it’s horrible and uhhh…ridiculous.

How do you deal with a bad date?

In New York there are so many people that if you go out on a date with someone and anything goes wrong, it’s really easy to say, “You know what?  I don’t need this.” Plus people’s attention spans have gotten so much shorter. So if you have a bad first date you’re not going to try it again. There’s just too many options.

Since I’m in a good relationship, “too many options” takes the form of which place are we going to get take-out from. That’s the number one fight that my boyfriend and I get into, neither of us can decide.

You live in the Village, not far from “Sex and the City’s” Carrie Bradshaw’s apartment. Like Carrie, Haley in Bad Dates is a major shoe-aholic with hundreds of killer high heels.

When it comes to women it doesn’t matter what size you are or how you feel about yourself that day there are two things that will always look good on you—and that’s shoes and jewelry—everyone’s favorite accessories. Put on a gorgeous pair of shoes and you’ll think oh, these are beautiful and you don’t worry about how they fit your body.

You’ll be doing the show at SoundWaves, the new Hilton Head Symphony Orchestra’s intimate performance space at Coligny, which is a large room as opposed to a regular theater with a big stage and fixed seats.

I don’t arrive in Hilton Head until after Thanksgiving so I haven’t been there yet…but Bad Dates lends itself to being very malleable.  The whole play takes place in Haley’s New York apartment and city apartments tend to be all pretty crazy anyhow. My apartment building, for example, is several decades old and every piece of my furniture has a shiv underneath it because the floor is slanted. S