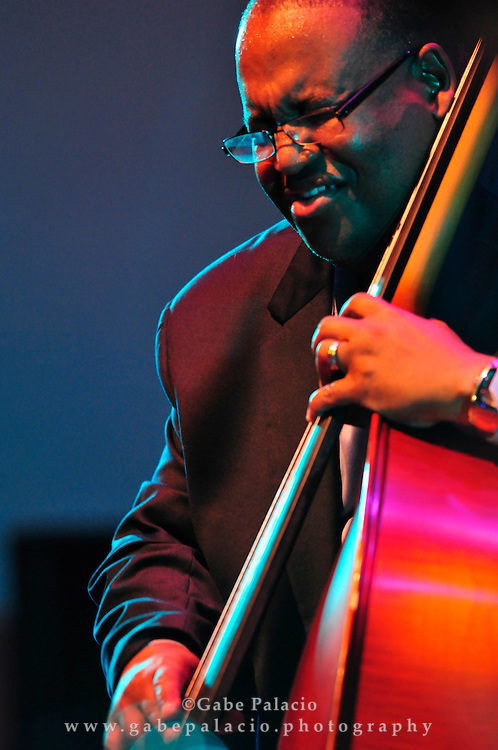 
RODNEY JORDAN is a native of Memphis, Tennessee where he grew up playing the bass in church and with his high school orchestra. He later studied music with Dr. London Branch, Alvin Fielder, and Andy Hardwick at Jackson State University in Jackson, Mississippi. During his college years, Jordan joined the Mississippi Symphony Orchestra where he served as Assistant Principal Bassist. After graduating, he became Chair of the String Department at the Dougherty County Public School and served as Principal Bassist with the Albany Symphony Orchestra in Albany, GA. Teaching has always been an important part of Mr. Jordan’s life and career. In addition to teaching strings in Dougherty County, he also taught in the DeKalb County School Systems.
During his years in Georgia, Jordan served as a bass instructor at Darton College (part of the University System of Georgia) in Albany and at Georgia State University in Atlanta. While living in Atlanta, Jordan became one of the city’s most active jazz bassists, performing and recording with some of America’s finest jazz musicians, including Marcus Printup, Mulgrew Miller, James Williams, Milt Jackson, George Coleman, and Russell Gunn. He joined the faculty in the School of Music at Florida State University in Tallahassee, FL in 2001 where he now holds a rank of Professor of Jazz Studies. Jordan teaches jazz bass, jazz combo playing, music education classes, and a jazz styles class.
​
Jordan joined the Marcus Roberts Trio in 2009. It was evident during that first official performance of the newly-formed trio at the prestigious Wigmore Hall in London that Jordan thoroughly understood Roberts’ unique trio conception. Rodney Jordan is one of the most versatile jazz bassists on the scene today. His tone is rich and soulful when he plays hauntingly beautiful phrases with the bow. Just as readily, he plays fast virtuosic passages with apparent effortless skill. Jordan’s knowledge of harmony from his classical bass training combined with the relentless feeling of swing in his playing is a perfect fit for the powerful melodic, blues-based, syncopated improvisational sound of the Marcus Roberts Trio.
​
MUSIC CHARGE: $20.00
REQUEST A RESERVATION