Pathfinders for Freedom: The 1st and 2nd South Carolina Volunteers… 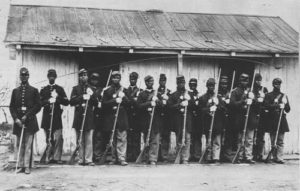 Without the efforts of a few Federal officers and about 1,500 former slaves in Hilton Head and Port Royal in mid-1862, the regiments of black soldiers raised in the North following Emancipation may never have had the opportunity to demonstrate the full value of African-Americans as fighting men. Learn how the 1st and 2nd SCVAD paved the way for the 54th Massachusetts and other US Colored Troops’ regiments to earn fame and glory in later battles of the Civil War.

Volumes of Light: The Amazing Lanterns of Chantelle Rytter