Nury Turkel- The Future of the Uyghurs 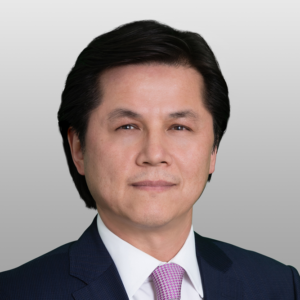 Nury Turkel will present his views of China’s historical colonial relationship with Xinjiang; its claim of Uyghur terrorism that has justified China’s mass internment, surveillance, and forced labor; and how the West, and the U.S., must deal with the CCP’s cultural genocide and human rights violations.

Nury Turkel is the first U.S.-educated Uyghur-American lawyer and human rights advocate. He was born in a re-education camp at the height of China’s tumultuous Cultural Revolution and spent the first several months of his life in detention with his mother. He came to the United States in 1995 as a student and was granted asylum in 1998. Turkel currently serves as the Chairman of the Board for the Uyghur Human Rights Project (UHRP), co-founded in 2003.  He is an Adjunct Fellow at the Hudson Institute and will speak from that affiliation, not as the U. S. Commissioner on International Religious Freedom.