John Tierney- Questions That Congress is Failing to Ask 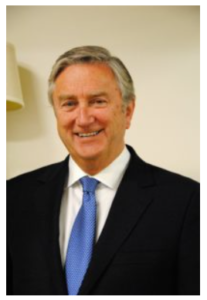 Drawing on his years as a member, and chair from 2007-2011, of the National Security and Foreign Affairs Subcommittee of the Oversight and Reform Committee and his membership on the House Permanent Select Committee on Intelligence, plus his present role as Executive Director of the Center for Arms Control and Non-Proliferation and for the Council for a Livable World, Tierney posits some examples of “Questions that Congress is Failing to Ask” – in other words, failing in its oversight of national security and foreign policy efforts – resulting in the potential for international destabilization or conflict.”

Tierney does this by identifying the number of overseas bases and troop deployments, most without U.S. Congressional approval or even knowledge; questioning whether China is truly the military threat now being suggested, and whether approaching China solely as a potential military adversary is a sound policy; and highlighting problems with the missile defense program – is it strategically wise, and do the laws of physics even point toward the success of a possible reliable and credible intercept given the realities of what has been proposed, built and tested? Or is it simply too costly and a failed strategy and program?