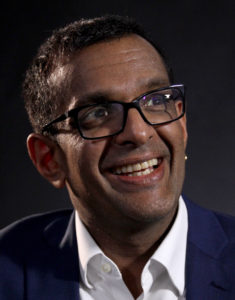 It has been almost a year since the UK instituted the new Brexit laws, and its effects have caused major turmoil across Europe.  What are the biggest problems Brexit is causing? What is the chance that the UK will stay together? Can the UK reset the clock and go back to the pre-Brexit rule?  What is the impact of Brexit have on the U.S.? These are just a few of the questions that Professor Anand Menon will address in his presentation.

Anand Menon is Professor of European Politics and Foreign Affairs at Kings College London. He also directs the UK in a Changing Europe project (www.ukandeu.ac.uk). His areas of research interest include the policies and institutions of the European Union, European security, and British politics. He regularly contributes to both print and broadcast media. He is co-editor of the Oxford Handbook of the European Union (OUP, 2012) and co-author of Brexit and British Politics (Polity 2018). He is a trustee of Full Fact, a member of the Strategic Council of the European Policy Centre, a Council member of the European Council on Foreign Relations, and an associate fellow of Chatham House.