Christmas at The Corner with The Mark Sterbank Quartet 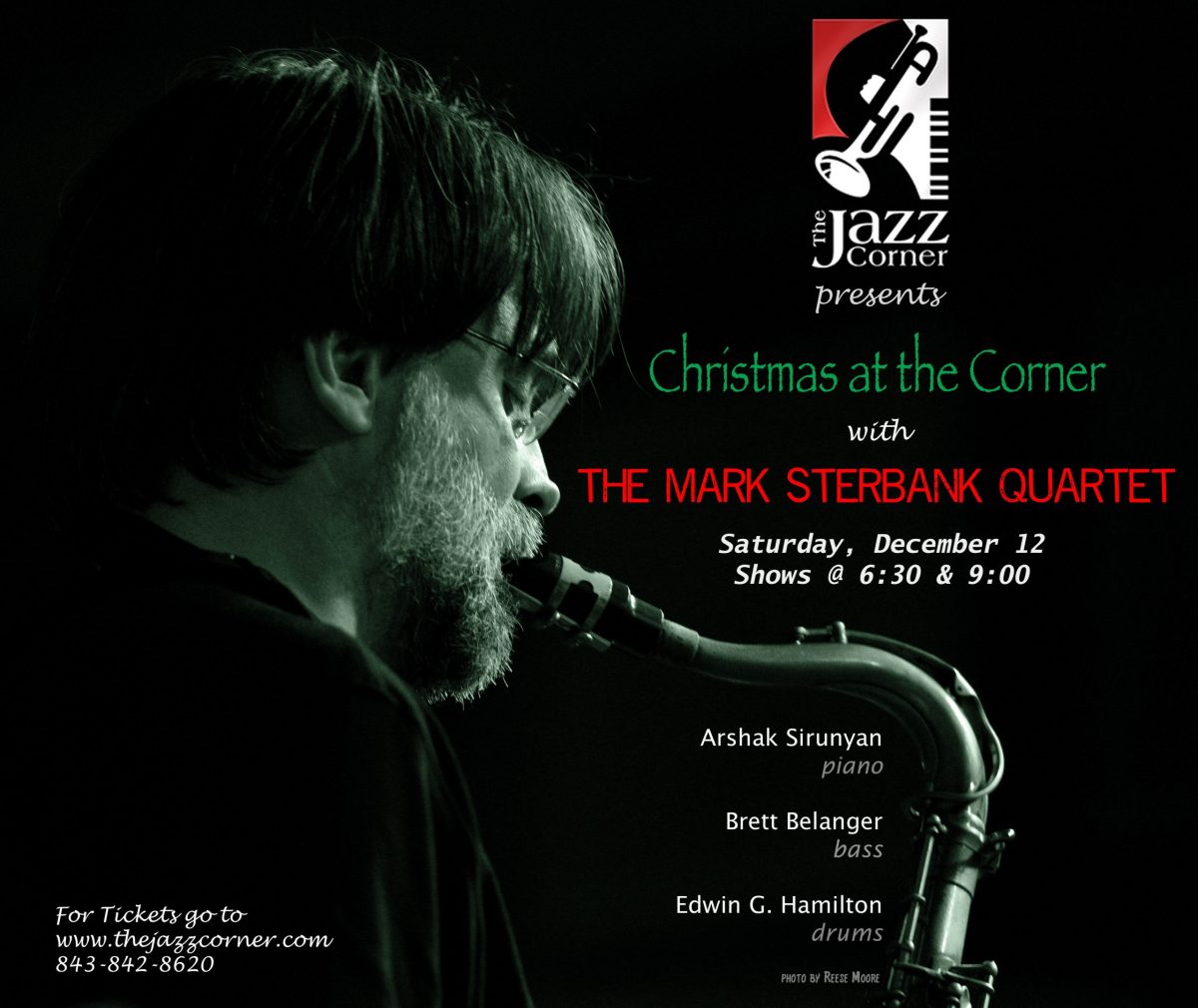 Mark Sterbank is a tenor saxophonist with a traditional flair. Imbued with a rich, velvety tone honed by the influence of the masters, his musical interpretation shines in any musical setting. He has been a founding member, arranger, soloist, and stalwart of the saxophone section with the Charleston Jazz Orchestra for over a decade and counting. His unmistakable sound has delighted audiences in Charleston and around the Southeast for many years.
Sterbank also plays with the South Carolina Jazz Masterworks Ensemble in Columbia and around South Carolina. In Charleston, he plays with his own groups and has previously released 3 recordings. His CD of originals, Dayspring, was featured on the program “Real Jazz” on Sirius satellite radio. He has two CDs of jazz hymns and spirituals and has presented concerts featuring those arrangements in Charleston and regionally since 2005.
Originally from Cleveland, Ohio, Mark also plays with the Quentin Baxter Quintet and the Charlton Singleton Quintet, recording and playing with both groups for many years. He has played with Rene Marie and her Experiment in Truth, the Rodney Jordan Quintet, the Darius Rucker Big Band and many others.