Can We Lose the Enemy?- Trita Parsi 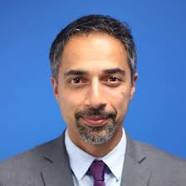 The incoming Biden administration has committed to reviving the deal even as the US-Iran relationship has deteriorated precipitously under the Trump administration. As Iran resumes its uranium enrichment up to the 20% purity level and makes other moves that ratcheting up tensions with the U.S., the pressure to revisit an Iran nuclear deal is more significant than ever. What are the options the U.S. and Iran have, what other nations are integral to this negotiation, and the implications of a nuclear deal for the region and the world?

Trita Parsi, Executive Vice President of the Quincy Institute for Responsible Statecraft and award-winning author, discusses the future of the Iran Nuclear Deal under a Biden administration and what steps the incoming administration might take to make this possible. Parsi will also discuss how Iranians view a Biden Presidency and the key challenges facing the U.S./Iran relationship.