Ambassador Deborah McCarthy-Russia & the Baltics: Past Present and Future 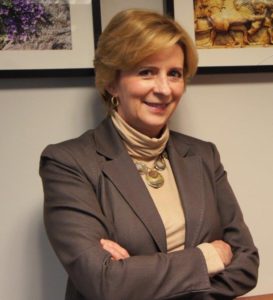 Ambassador (ret) Deborah A. McCarthy is an expert on U.S. foreign and national security policy with over 30 years of diplomatic experience.  Currently, she is a Fellow at Harvard University in the Advanced Leadership Initiative.  She is the host/producer of the National Security Podcast series  “The General and the Ambassador: A Conversation.”

Most recently, Ms. McCarthy was a visiting Fellow at the Finnish Institute of International Affairs.  Previously, she was the U.S. Ambassador to Lithuania (2013-2016).  She also served as the Deputy Ambassador at the U.S. Embassy in Greece and the U.S.  Embassy in Nicaragua.  In Washington, she was the Principal Deputy Assistant Secretary of State for Economic and Business Affairs, Deputy Assistant Secretary for Narcotics and Law Enforcement, Senior Advisor for Counter-Terrorism, and Special Coordinator for Venezuela. Other diplomatic postings include Consul General Montreal, Economic Counselor U.S. Embassy Paris, Financial Economist U.S. Embassy Rome, and assignments in the Dominican Republic and Haiti.

To read more about the Ambassador or the event, visit https://wachh.org/event-4272878