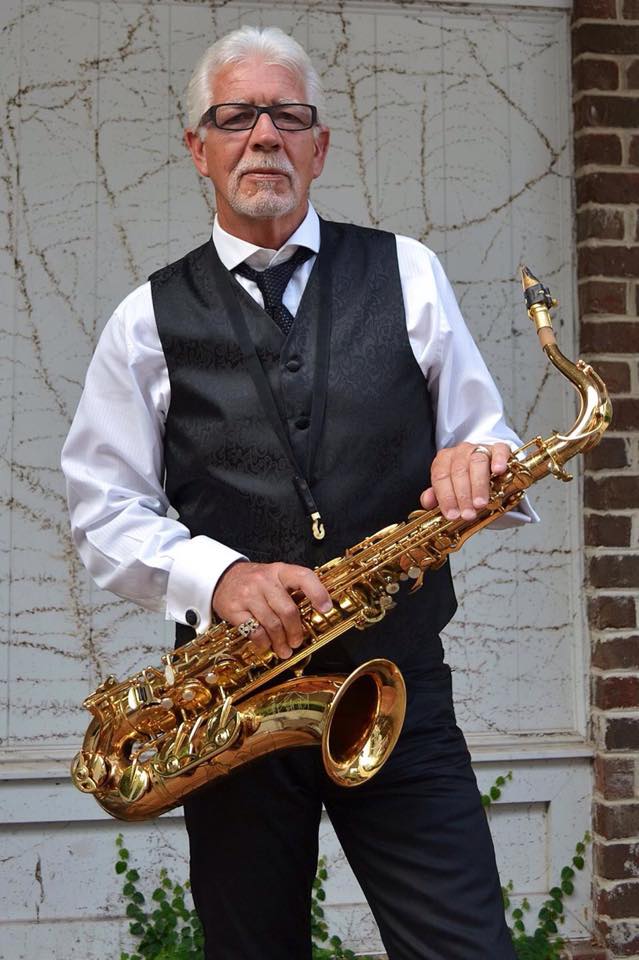 If longevity is the goal of most professional entertainers, then Bobby Ryder has proven himself a master. Bobby has allowed his music and his creativity to flourish with fresh innovative performances night after night.
Currently headlining at The Jazz Corner, Hilton Head’s premier jazz club and restaurant and playing venues such as Arnold Palmer’s Bay Hill Lodge in Orlando, Callawassi Island Member’s Club, Sun City Hilton Head, Mens Apparel Mart in Charlotte, Mickey and Mooch Supper Club in Charlotte and Lake Norman, South Seas Plantation on Captiva Island, The Registry Hotel in Naples, Aqua Restaurant and Lounge in Hilton Head and more, Bobby’s career can be traced back to Patterson, New Jersey where he studied under musical mentors Professor Gaetano Dittamo and Paul Gallucio.
Over the years Bobby has developed into a dynamic nightclub singer and saxophonist with a musical range that includes jazz, standards, blues, and especially his favorites Frank Sinatra, Tony Bennett and Bobby Darin. Bobby started his career headlining at the Play Boy Club, the Peppermint Lounge, Radio City Music Hall (198 shows), The Sheridan in Atlanta, the Out Rigger, Prince Kuhio Hotel, the Intercontinental Hotel, Maui and the Royal Hawaiian Hotel on Oahu.
In 1984 Bobby was asked to come to Hilton Head where he had a 14-year run at the Mariners Inn (currently the Hilton Resort) as its headline act. He raised a family on the island and his popularity has made him an island fixture.
Bobby is one of those truly talented professionals who will captivate an audience with his energy and talent. Bobby has recorded five CDs, “Bobby Ryder and Casablanca”, “Back to the Shore”, “Sax in the City”, “Thanks for the Memories”, and his latest release “Keeping it Alive” recorded live at The Jazz Corner, Hilton Head Island, SC.
“Bobby never fails to impress me. I love the CD, ‘Keeping it Alive’ and that great smokin’ band behind him”. Monty Jett – WLOW 107.9
“Bobby Ryder is an excellent entertainer in every respect”. Earl Raven, VP of Operations, Captive Resort
“Bobby Ryder is a real force in the delivery of a song and in the case of The Jazz Corner, it doesn’t get any better. The instrumentation on these well-selected live cuts provides the fuel that creates an aura from which to build on through the listener. This was an energized event and the feeling cones through loud and clear” Bob Masteller, Sweet Jazz/The Jazz
Corner
MUSIC CHARGE: $10
REQUEST A RESERVATION