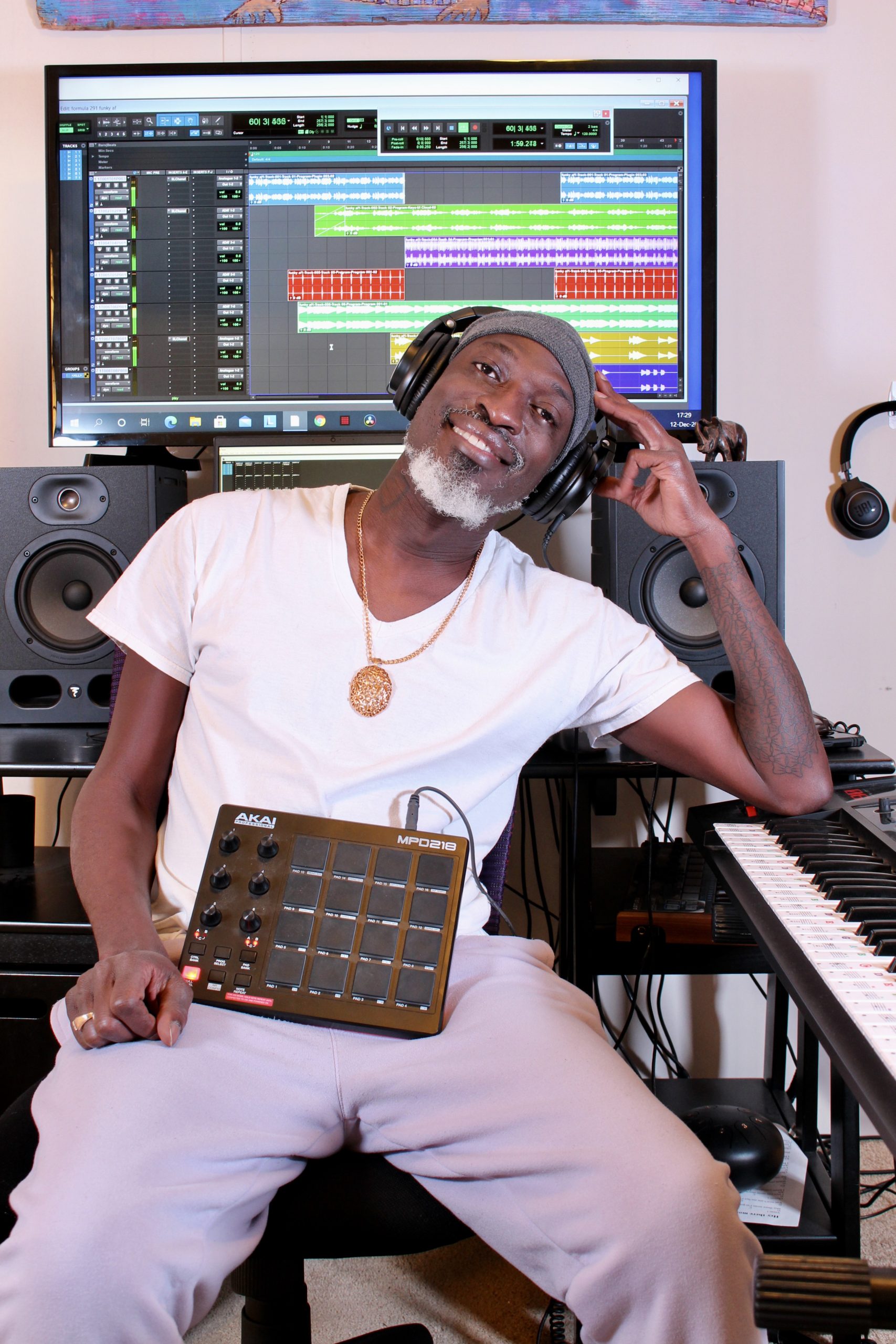 This site uses Akismet to reduce spam. Learn how your comment data is processed.

When the universe calls him at 4AM, the magnetism of music more seductive than sleep, Frederick escapes into his studio where he forms a fortress of words and melodies.

The way his mind moves, educates, equips, and elevates. Just listen to his infectious grooves and you’ll move, leave the world behind, be suspended from reality.

The spark of magnificence his mind incites is stronger than gravity as he ascends to another realm, writing lines that escape time and reverberate in the mind to a rhythm that ricochets between heart and soul, a soul that radiates, infinitely illuminates, inviting listeners to cruise the world his imagination creates. He is a true cosmic cartographer.

Born of the pluff mud, the Lowcountry is part of his very being. The thump of Gullah drums echoes in his chest. Listening to his lyrics, you’ll feel the wind whisper as it snakes through Spanish moss and sea reeds. It feels both foreign and familiar. His music can be otherworldly, and at the same time make you feel right at home. To know him is to commune with the universe.

His music tastes like red rice and fried fish. His poetry feels like the electric slide at crab cracks on muggy summer evenings as children tug on aprons begging for “a lil bit o’ meat” at which mothers and aunties smile while shooing them back to the “lil chern table” littered with hotdog buns ends and half eaten claws. “Finish what you got” they say. That’s where Frederick learned to take the scraps and make a meal, and everything he does is delicious.

After several near-death experiences, Frederick crowned himself King Lazarus. He pens his passion, pushing himself daily to create newness, making him perhaps the most prolific writer/producer in the area. He effortlessly jumps genres between Blues, Gospel, Reggae, R&B, Hip-Hop, Jazz, Soul, and even Country. His goal is to outproduce every other artist to create a treasure trove of music and lyrics that will feed families for generations. With fire in his chest, he carries his culture on his back.

In 2020 he found that releasing albums would not satisfy his drive, and so along with his partner Todd Toho he dedicated himself to #52weeksofheat, a campaign by #LaBodegaMan that released a brand new track every week that year which became known as “Fire Friday.” But with over 300 songs and ideas in the stash, even that is not enough. So 2021 will bring #52weeksofheat vol. 2 along with production for and projects with other artists. Frederick Capers is the definitive artisan.