An event every week that begins at 11:00 am on Sunday and Tuesday, repeating until December 7, 2020 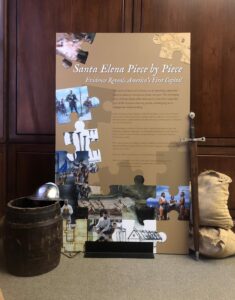 In the 16th century, Spain claimed the New World, today known as North America, and named it La Florida. The Spanish founded Santa Elena on Parris Island in 1566 and it became the first capital of La Florida and the first successful European settlement on the Southeast coast. This city flourished for twenty years and was then abandoned and lost to history. Slowly, over the past 150 years archaeologists have discovered parts of this settlement and have pieced together its fascinating story. Ongoing research has revealed new fragments that include the stories of the Native American people who lived here for millennia; the enslaved Africans who first arrived in South Carolina in 1526, and the French, Spanish, and English explorers and settlers who fought fiercely over this land we now call home.

AKA Hilton Head: An Island Known by Eight or Nine Other Names