TUCK EVERLASTING, the musical based on Natalie Babbitt’s beloved best-selling novel, will come to life at the Hilton Head Preparatory School Main Street Theatre (3000 Main Street) this spring with opening night set for Wednesday, February 23, 2022 at 7:00pm, The show will run February 23-27 with evening performances at 7:00pm  and  matinee performances on Saturday and Sunday at 2:00pm.

Hilton Head Prep’s Performing Arts Director was one of the Co-Producers of this new musical which debuted in a record-breaking engagement at Atlanta’s Alliance Theatre, and  premiered  on Broadway at the Broadhurst Theatre, receiving a Tony Award® nomination for the costumes. Maurer has secured these spectacular costumes with special permission for her cast along with many of the Broadway scenic elements! The talented 3rd– 12th grade students are also receiving a series of Master Classes from the Tuck Creative Team and  principal actors from the Broadway Cast. The first in the series,  is a two hour virtual “Conversation with Winnie Foster”, led by the award winning actress, Sarah Charles Lewis.

If you could live forever, would you? When Winnie Foster discovers the magical secret of the Tuck family, she embarks on an extraordinary adventure that will change her life forever. Take a journey you’ll never forget in this powerful new musical about love, family and living life to the fullest.

Natalie Babbitt’s best-selling and award-winning novel, Tuck Everlasting, was first published in 1975, and has remained in print ever since. Considered a modern classic, the beloved novel has been translated into 27 languages and has sold over four million copies in the United States since it was first published 40 years ago. Tuck Everlasting was named an American Library Association’s Notable Book, and the winner of the Christopher Award, which honors media that “affirm the highest values of the human spirit.”

Ticketing info for Tuck Everlasting will be announced at a later date. 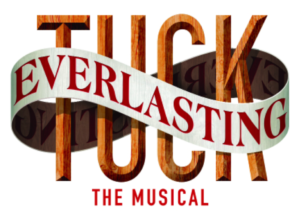