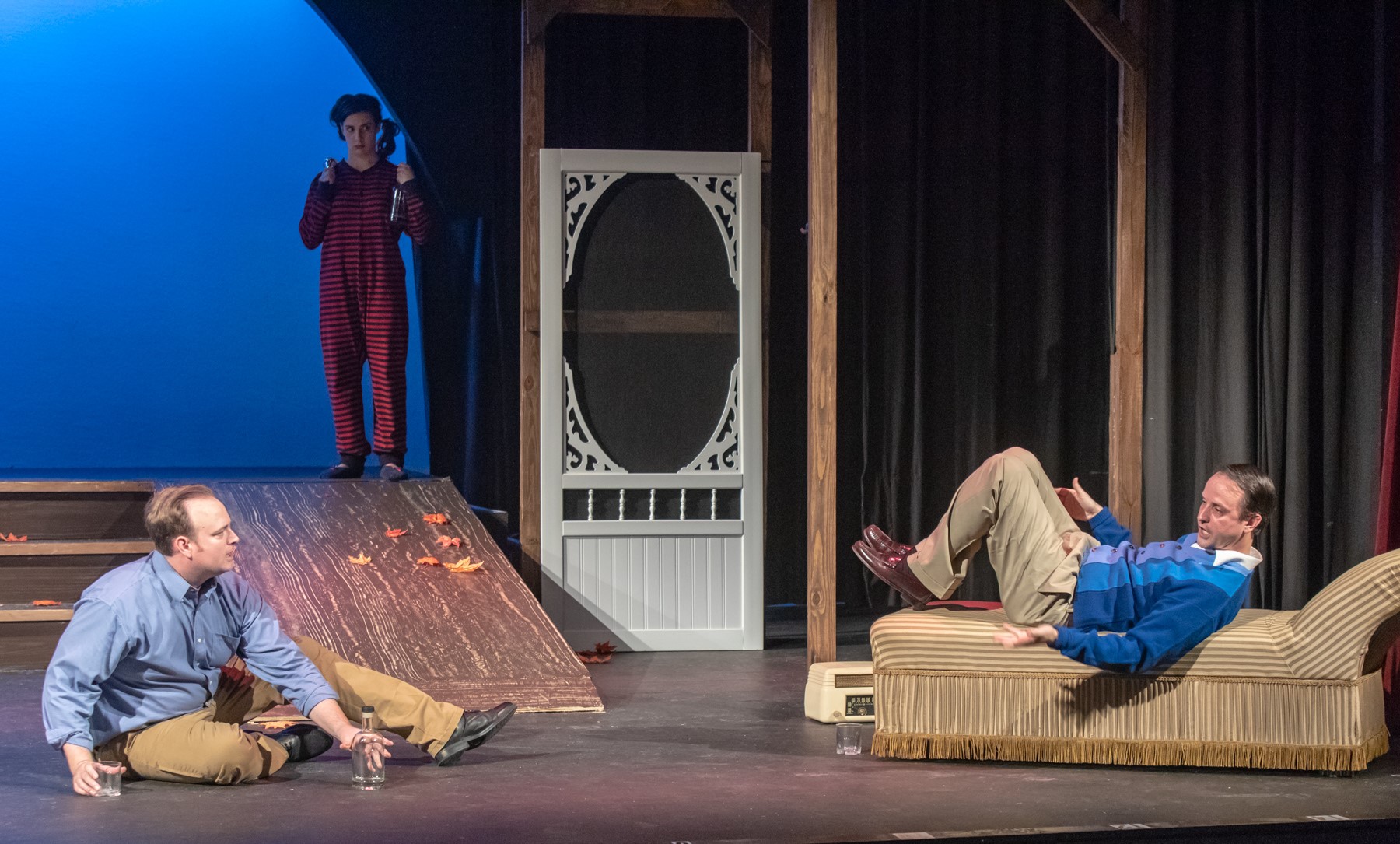 Lean Ensemble Theater’s Who Am I This Time? (& Other Conundrums of Love) Delivers Lessons in Life and Love

Lean Ensemble Theater’s Who Am I This Time? (& Other Conundrums of Love) Delivers Lessons in Life and Love
by Carolyn Males

Lean Ensemble Theater’s Who Am I This Time? (& Other Conundrums of Love) invites you to step back to 1962 when post war optimism and prosperity reigned.

Lean’s dramaturge Katie Rasor brings the era back into focus. “John F. Kennedy has been president for a little more than a year. A stamp costs four cents. The song of the year is Johnny Mercer’s “Moon River,” made popular by Breakfast at Tiffany’s starring Audrey Hepburn. Johnny Carson hosts his first Tonight Show.”

But the world is on the verge of change, she continues. The Civil Rights movement is gaining momentum. The Beatles and the Rolling Stones are stepping into the musical spotlight.  Sam Walton has opened his first Wal-Mart.  JFK is weathering The Cuban Missile Crisis. And the sounds of gunfire in Viet Nam seem far away.

Meanwhile author Kurt Vonnegut, who will later gain fame for dark satirical novels like Slaughterhouse-Five (1969) and Breakfast of Champions (1971), is penning short stories for magazines.

In Who Am I This Time? (& Other Conundrums of Love), playwright Aaron Posner has taken three of Vonnegut’s tales and crafted them into charming and funny romantic episodes concerning love in all its complications and delights. In many ways these stories reflect that earlier (and seemingly simpler) era yet they are timeless commentaries on the human condition.

As the play opens, the North Crawford Mask & Wig Club in Connecticut is

about to stage a community theater production of Tennessee Williams’s Streetcar Named Desire and the winds of change are mere background noise to the serious business of dealing with Cupid’s arrows.

Storm window salesmen Tom Newton, drafted as the play’s director, narrates the action, blurring boundaries between real life and stage. Guided by Newton, we watch as two shy actors in the throes of mutual attraction find themselves unable to express their true feelings without a script.

In another episode a lovelorn soldier goes AWOL in the hopes of capturing the heart of a childhood friend, a prospect complicated by the young woman’s upcoming wedding to another man. And finally a much-married Silver Screen diva and her writer-husband stage a battle royal over a plumbing project as Tom installs their new bathtub enclosure.

After the fireworks end, Tom comes away with a lesson in love. And so do we.

Who Am I This Time (& Other Conundrums of Love) by Aaron Posner based on stories by Kurt Vonnegut. Directed by Jay Briggs. Featuring Mat Mundy, Angelina Mussro, New Newll, Kerrie Seymour, Christopher Paul Smith, Amanda Sox and Blake White. 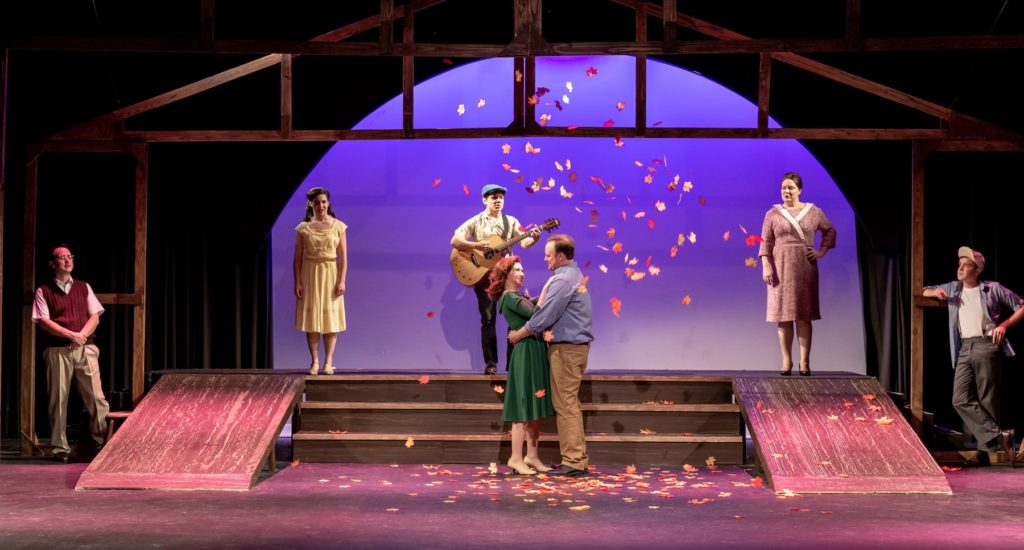 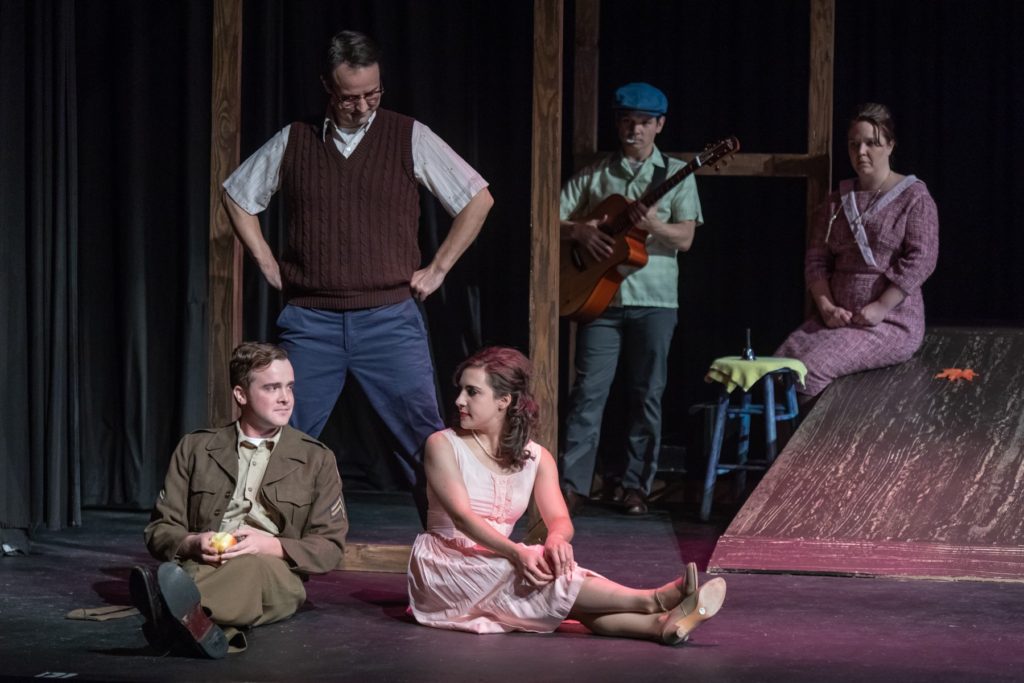