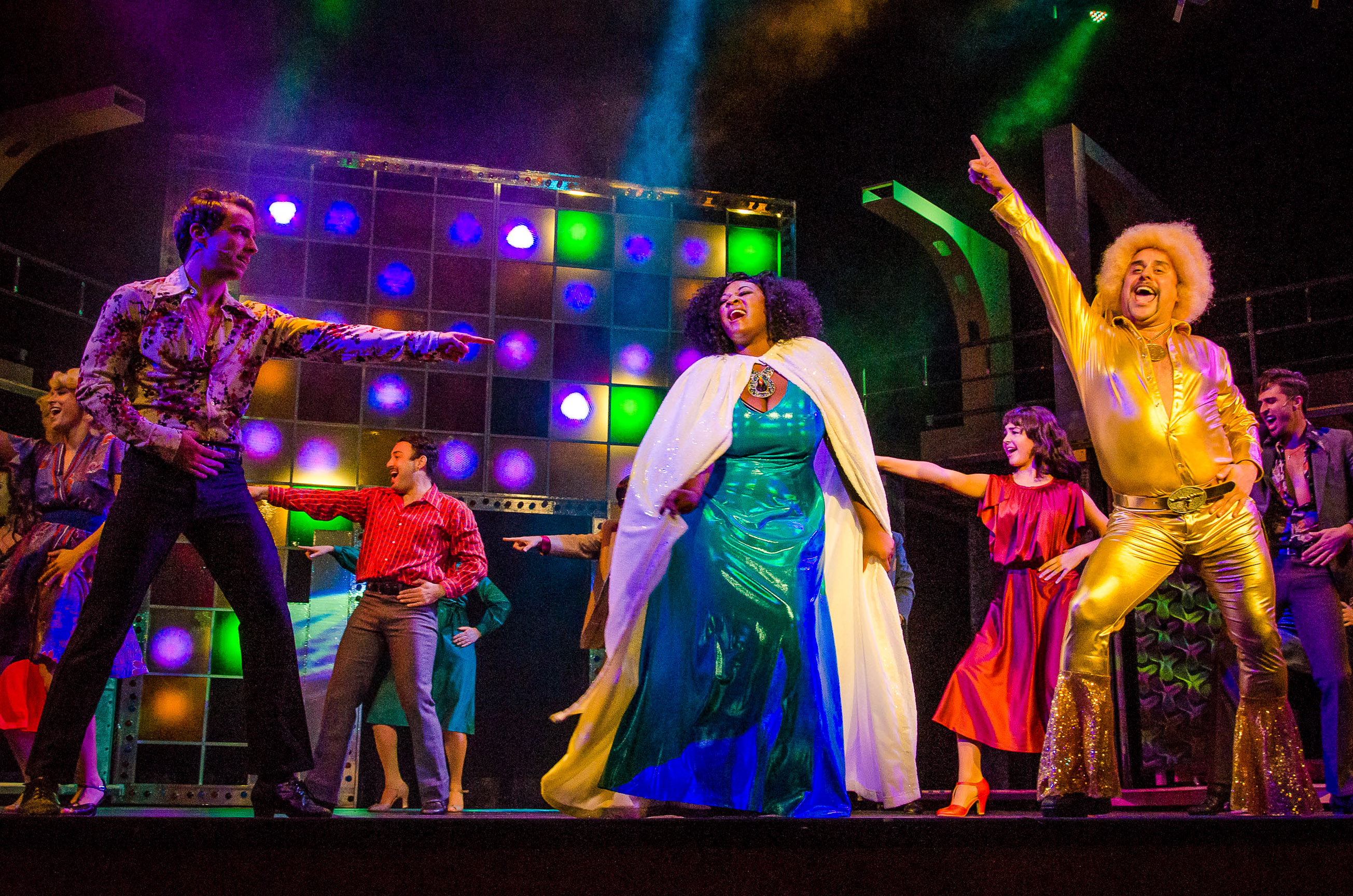 A Candid Conversation with Candice Glover

Beaufort’s own Candice Glover, winner of the twelfth season of American Idol, plays the role of ‘Candy’ in the Arts Center’s Southeastern premiere of Saturday Night Fever, based on the popular film starring John Travolta. Glover’s character, donned in platform shoes and glitzy disco duds, belts out upbeat songs and dances alongside ‘DJ Monty’. Glover, who was launched into the spotlight on television in 2012, began singing as a child at her family’s church on Saint Helena Island.

Glover passionately admits to have been bitten by the musical theater bug and her enthusiasm for her role in Saturday Night Fever is contagious: “I’ll do musical theater all day – it’s so much fun! I did a Broadway review called “Home for The Holidays” for about two months, and even though it wasn’t a musical theater show, it still really prepared me for being on stage in front of an audience. We did eight shows a week but we’re doing six here. So I just kind of fell in love with it. The idea of the audience being right there to give you that instant reaction – to cheer or to cry or whatever the case may be and the way we can feed off the audience’s energy.” Glover has performed for millions of TV viewers and at concert venues, but explains that she still gets nervous. “To get nervous is a good sign because you want to do a good job. I also enjoy being on stage with Vince Ortega (‘Monty’) and the other performers on stage – he’s hilarious! He makes me feel a lot more comfortable so I don’t feel like I’m out there by myself! Every night when I finish my performance, it’s always in my mind – you could’ve done better. I want to make sure that I’m very good at what I’m doing. My goal in life is to take over the world!” says Glover, laughing.

In May, Glover released her latest original single entitled “Break Me”. She also casted and directed the video along with legendary producer Earl Cohen. “It feels really good that I have creative control over my career because at one point I did not. When I put my first album out after American Idol, that had nothing to do with me. It was just crafted together with me in mind. But I can perform songs that I’ve written like “Break Me” because I created it from my own heart and my own mind. When we go through dark times, something as beautiful as “Break Me” can come out of it,” she adds with a wisdom well beyond her millennial years. The shoot for her new video will be on location on Beaufort’s historic waterfront and will feature the permanent highway sign that reads “St. Helena Island Home of 2013 American Idol Winner Candice Glover”.

Glover is now planning on how to best give back to her community. “I always say it doesn’t matter where you came from, what matters is where you’re going. Even after I went on American Idol I didn’t know what was in store for me. I’ve always wanted to help young women because I’ve gone through so much. I want to help teach them know what it’s like to be confident and what it’s like to know yourself.”

Fame has not turned Candice Glover’s head – if anything, it has made her appreciate her Lowcountry roots more than ever. “When I’m on the road, the thing I miss the most is my grandma‘s cooking and I miss my family,” she says with a smile. “I’m really close to my family and I miss being home. But mostly I miss the food!”